Using Satellites to Save the Sahel's Forests

© DR
Wood is the main source of fuel for cooking and heating across the Sahel, but much of it is disappearing due to deforestation. How to monitor the use and abuse of precious forest resources? The answer may lie not in the ground, but in space: the Sahel Woodfuel Project, supported by AFD Group, is now using satellites in an effort to preserve the region’s forests.

Millions of households across the Sahel use wood for cooking. Excessive exposure to the fumes can be harmful to people’s health, and tends to affect women disproportionately. But the reliance on wood is causing problems on a scale that is only now coming to light. It’s one of the main factors behind significant forest degradation.

Between 2000 and 2020, Niger, Burkina Faso, and Mali lost nearly 15% of their forest coverage. This is causing not only a loss in income for those who depend on wood products, but a reduction in biodiversity, and an increase in greenhouse gas emissions.

This overexploitation of forests has led to a regional wake-up call, triggering awareness campaigns and the launch of forest-protection initiatives, such as the Sahel Woodfuel Project in Niger, supported by AFD and the French Global Environment Facility (FFEM).

The pilfering of forests for valuable wood has been virtually invisible to the communities affected. But now the Sentinel-2 Earth observation satellites, managed by the European Space Agency, regularly take images of forests, effectively monitoring them in real time.

The Nigerien forest authorities then compare those images to identify any new areas affected by deforestation – to the nearest hectare. “Satellites make forest monitoring a reality, and they can now provide support in the form of free images, as part of a donor-financed project,” explains Damien Delhomme, Project Manager at AFD’s Energy Division.

Finding the damage done - to the nearest hectare

The data collected will be made available to the general public via a web platform. With just a few clicks on a smartphone app, people will be able to observe changes to the forests around their community. This app will also enable close monitoring of wooded areas by local authorities, as well as by the regional and central government authorities responsible for exploitation of woodfuel resources.

One of the program's objectives is to facilitate access to sustainable woodfuel so that 50% of the wood used for cooking in the capital Niamey comes from sustainably managed forest areas (compared to 5% today). “In view of the rapid rate of deforestation in the Sahel, this theme is a priority action area for AFD there,” says Delhomme.

The protection of forest resources also requires improvement in management and monitoring, via land-use maps, productivity assessments, annual exploitation quotas. The data sent by the Sentinel-2 satellites will act as independent third parties, making it possible to update these quotas each year.

The Sahel Woodfuel Project builds on a previous pilot project, Fonabes, in Niger, Burkina Faso, and Mali, conducted by France’s Agricultural Research Centre for International Development (CIRAD), with funding from the FFEM.

The project helps to track the quantity and sales prices of wood, to collect taxes on behalf of the municipality, and to train loggers in the sustainable exploitation of forest resources. In Niger local authorities are already imposing quotas, using an information system that tracks transactions.

The program officially began in April 2022. It is financed through several AFD and FFEM grants totaling €8 million. Two financing agreements have been signed as part of the program, with the Government of Niger for the sustainable management of forests and with the consortium formed by Hystra, Geres and Entrepreneurs du monde for the distribution of improved, fuel-efficient stoves.

The challenge that remains, is to encourage safe practices for sustainable forest management. “We have to set up an incentive system to manage the resource sustainably,” says Guillaume Salle, Project Team Manager in AFD’s Agriculture, Rural Development and Biodiversity Division. “The project will support rural populations by diversifying their sources of income. Momentum will build if even half of the municipalities near the capital Niamey follow suit.” 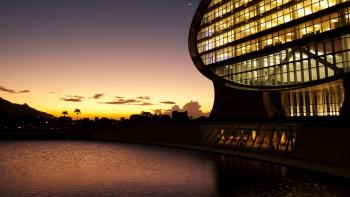 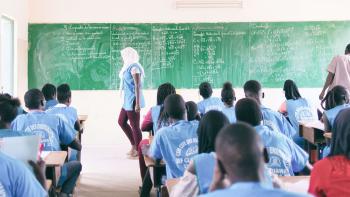 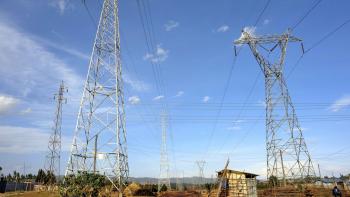