A large expanse of islands and atolls scattered over 5.5 million square kilometers in the middle of the Pacific Ocean, French Polynesia must reinvent its economic model and overcome the limitations due to its isolation from major markets. AFD is supporting it in its steps towards a sustainable development that reconciles the fight against inequalities, the emergence of a new development model and the preservation and promotion of natural heritage.

© Julien Girardot for AFD
AFD and French Polynesia: Harmonizing the economic, social and environmental development of the territory 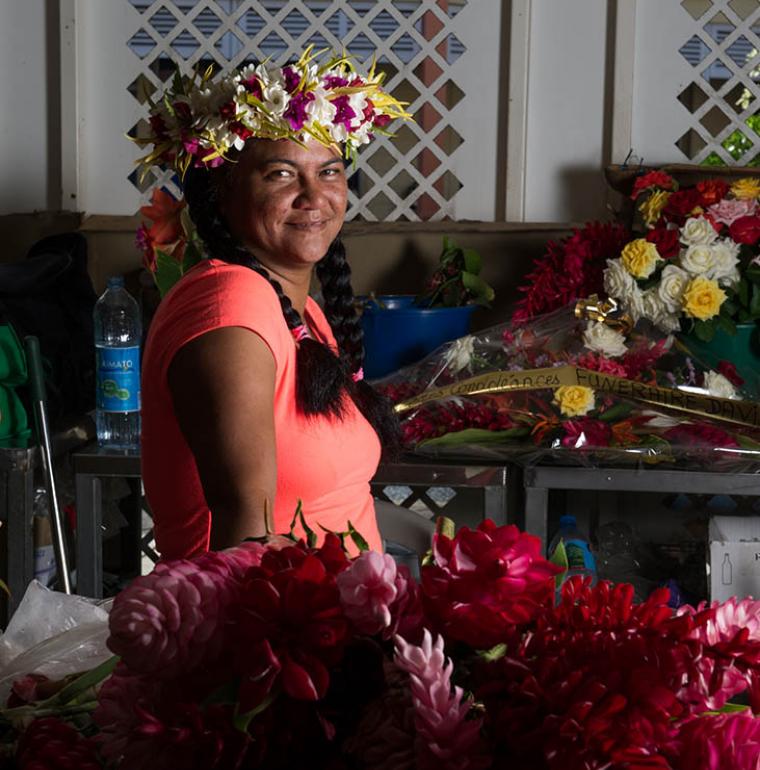 Isolation in the middle of the Pacific Ocean, geographic dispersion of the 118 islands and atolls in an archipelago the size of Europe, and concentration of the population on Tahiti in contrast with low population densities in the other archipelagos. With such a geography, harmonious spatial development is a major challenge.

Polynesian local authorities are key actors in social and territorial cohesion. AFD supports them by financing the acquisition of equipment and the construction of essential amenities. It also provides soft assistance for their financial planning and the development of their projects. In addition, the Observatory of the Commons, which is published annually by AFD, is a decision-making tool available to elected officials and the public sphere. AFD supports Polynesia with its objectives of territorial continuity and opening up the islands. It focuses on the following sectors:

In addition to financing infrastructure, AFD helps structure public health policies, in particular by assisting the universal social protection reform and the development of a master plan for social and medical-social action. 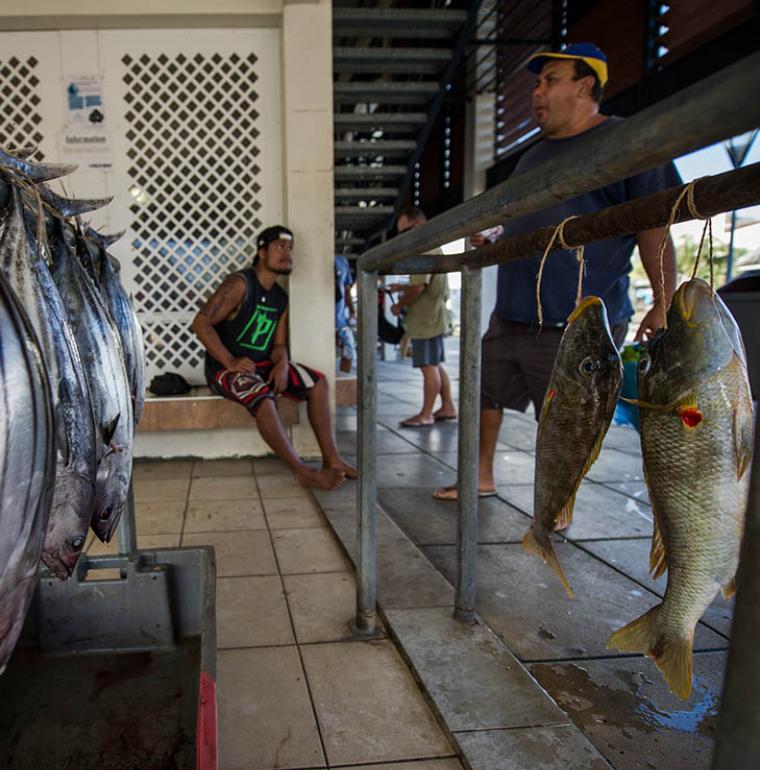 To support structuring projects and stimulate the local economy and employment, AFD mobilizes its tools for Polynesia’s private sector. It operates through co-financing with banks to support strategic projects for the economic development of the territory in sectors such as tourism, transport and energy.

AFD is also a shareholder and director of several companies that contribute to a general interest mission: SOCREDO, an innovative and inclusive bank working for sustainable development; Air Tahiti, which ensures intra-island territorial continuity; and Aéroport de Tahiti, the manager of Tahiti Faa’a Airport and the aerodromes in Bora Bora, Raiatea and Rangiroa. Through its subsidiary SOGEFOM, AFD contributes to the dynamism of Polynesian entrepreneurship by guaranteeing the loans allocated to MSMEs by local banks: 70% of the loans allocated to small businesses by the three local banks are guaranteed by SOGEFOM.

We also support entrepreneurship and innovation through our support to ADIE and the Mouv’Outremer mechanism, which offers action learning diploma courses to Polynesian operators to assist them with the implementation of their projects for the sustainable economic development of the territory. 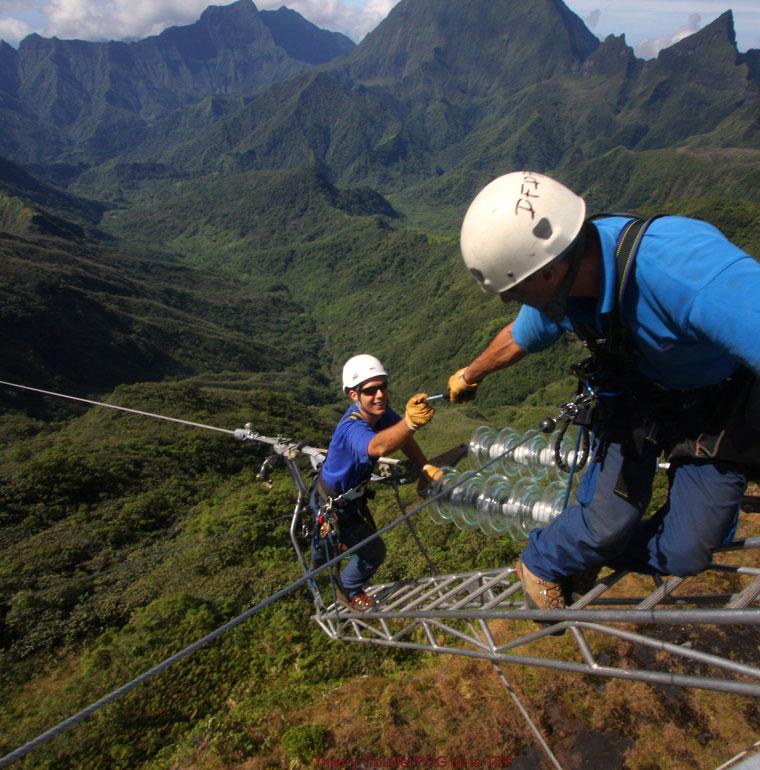 In line with its 100% Paris Agreement mandate and French Polynesia’s commitment to achieve 75% of renewable energies in its energy mix by 2030, AFD assists public and private operators working for the territory’s energy transition.

AFD also deploys technical, legal and financial assistance for local authorities for the implementation of energy public policies. In terms of climate change adaptation, AFD is present at both the local level by financing cyclone shelters in municipalities, and regional level via the CLIPSSA project, which aims to produce data on the future climate in order identify the vulnerabilities of South Pacific territories and facilitate the development of adaptation strategies.

Set in the middle of the Pacific Ocean, more than 17,000 km from its home country, French Polynesia is an overseas territory as vast as Europe but sparsely populated (fewer than 300,000 inhabitants). Its 121 islands and atolls, 67 of which are inhabited, are grouped into five archipelagos and are home to exceptional biodiversity.

Boosted by the activity of the Pacific Experimentation Centre between 1962 and 1996, the Polynesian economy had to find a new direction after the cessation of nuclear testing. But the fragmentation of its territory and its geographical remoteness isolate it from major markets and from France, which handicaps its economic activity.

However, Polynesia also has great possibilities: a vast surface area of 5.5 million square kilometers and terrific tourist potential. Not forgetting the blue economy: although fishing (protected by a vast exclusive economic zone) and pearl farming have already proven their worth, the maritime potential is still underexploited.

The challenge for the community is to ensure that development is shared equitably. It must find ways to reduce inequality, resolve the unemployment crisis (currently 21.8%) and develop infrastructure.

AFD is a leading partner of French Polynesia. It works together with the private and public sectors to foster economic, social and environmental development, using appropriate tools such as loans, guarantees and advisory support. 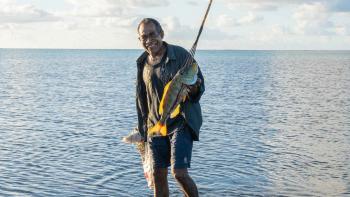 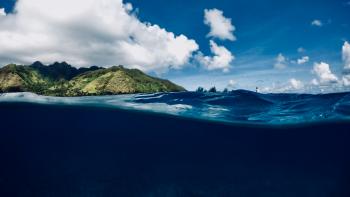 Thierry Paulais: "The Notion of the Commons is of Great Educational Value" 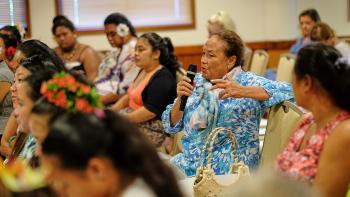 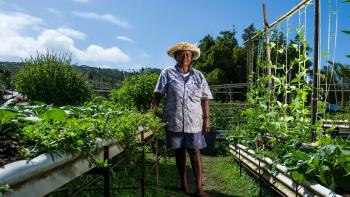 In the Pacific, Support for Islands Affected by Climate Change 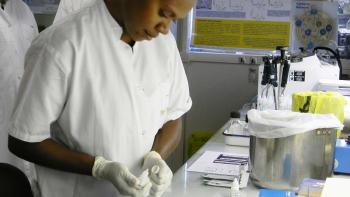 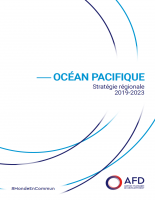 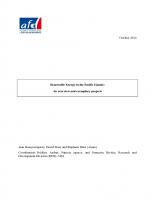 More largely, in the context of the fight against climate change, the subject of renewable energies ...
Find out more
Voir toutes les ressources