Africa's largest oil producer, Angola is striving to rebuild itself after a 30 year-long civil war, at the same time as tackling a major economic crisis related to the international oil price shocks. AFD supports Angola in its efforts to diversify the economy and promote inclusive socioeconomic development, with the aim of ensuring long-term socio-economic stability.

AFD and Angola: diversifying the economy and reducing inequalities 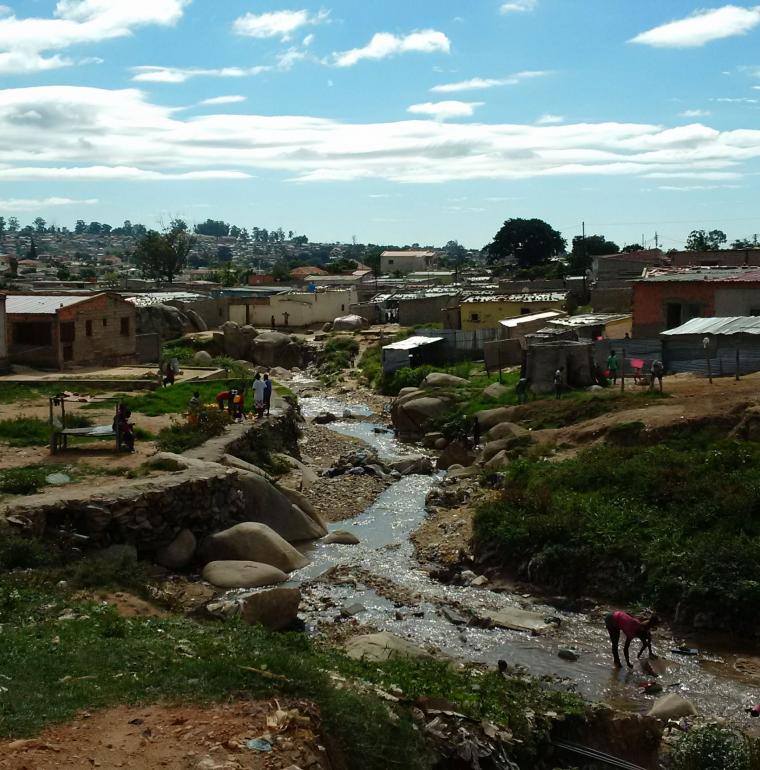 Despite the significant investments made in social infrastructure in recent years, the rates of access to essential services remain low. The Millennium Development Goals for the development of the water and sanitation sector have not been achieved. In 2015, 49% of the population had access to an improved water source (75% in urban areas) and 52% to an improved sanitation system (89% in urban areas – source WHO/UNICEF). The average access rate in cities masks significant disparities between neighborhoods, while it is lower than 10% in certain provincial cities. Furthermore, only 32% of city dwellers have a water connection at home and many buy water from water tankers at an exorbitant price.

The Government has set out to fight against inequalities and improve service quality by launching a restructuring of the water and sanitation management system, with the creation of provincial water companies and a regulatory institute for the sector. This program is supported by AFD, the World Bank, African Development Bank and EIB. AFD is supporting 6 of the 18 newly created public companies, as well as the rehabilitation and extension of the urban and periurban water networks in these provinces, which will eventually provide 900,000 residents in the most disadvantaged neighborhoods with access to water. 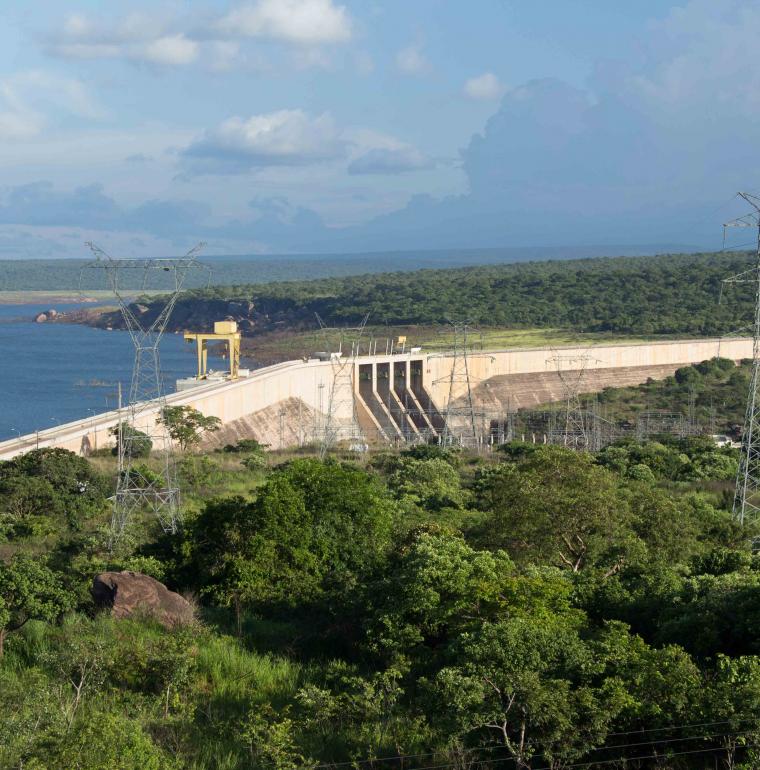 The marked disparities within the country itself are reflected in access to energy. While energy accounts for over 90% of the country’s exports through crude oil, only a third of the population has access to electricity. The Government has set the objective of supplying electricity to 60% of the population by 2025, representing a total production of 9.9 GW (against 2.1 GW in 2013). Rural electrification is also a priority, with the aim of promoting economic development in these areas and fighting against rural exodus. The ambitious objective: electrify all the capitals of municipalities by 2025.

Angola has extensive natural resources and strong potential for renewable generation, thanks to solar, wind and biomass energy. Hydropower development is also a major focus, with a national potential estimated at 18 GW. The share of renewable energies should consequently reach ¾ of the energy mix by 2025.

The Government wants to connect, extend and secure the domestic power grids, then interconnect its grid with the region. The aim is to improve the regulation of production and demand, which will open up export opportunities. It has also restructured the sector to improve the financial management of the new public companies and is working to reduce technical and non-technical losses. Finally, it aims to improve energy efficiency by rehabilitating existing infrastructure, much of which is dilapidated and has been damaged by the war and time.

AFD is supporting these initiatives by financing the rehabilitation of dams and the electrification of rural areas. 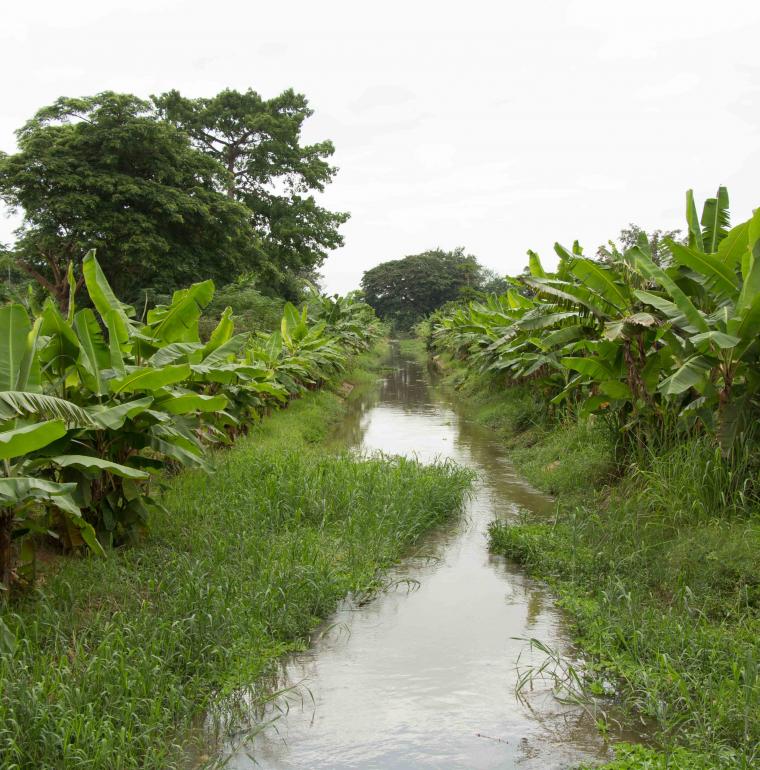 Angola was considered as one of the continent’s bread baskets in the 1970s and 1980s and has strong agricultural potential. However, the armed conflict riddled the land with landmines, damaged infrastructure and a large part of technical expertise was lost with the rural exodus. Today, the country is highly dependent on imports to meet its food needs. Only 8-14% of its 58 million hectares of arable land is farmed, mainly by small family farms. Despite limited access to inputs and mechanization and low productivity, these farms account for an average of 90% of national agricultural production. There is still widespread food insecurity, while the agriculture sector employs almost half of the country’s working population.

The country’s economic model has largely focused on oil, which has plunged the country into an economic crisis related to the fall in the price per barrel. For the Government, the priority is clear: it is necessary to diversify the economy. This diversification requires developing agriculture.

To meet these objectives, AFD is supporting small producers, cooperatives and SMEs in the agro-industrial sector in order to develop their commercial activity and facilitate their access to the market. We also encourage the banking sector to extend its range of financing to the sector and support agricultural research and development programs.

1
million inhabitants in Luanda, Benguela, Huambo and Lubango will have access to electricity
635
million euros committed in 5 years
951,000
inhabitants living in the provinces and the outskirts of cities now have access to drinking water

Shortly after gaining independence from Portugal in 1975, Angola experienced a 27 year-long civil conflict that had a heavy human toll, ravaged the economy and much of the country's infrastructure. Since 2002, the country has been rebuilding itself, while also tackling an economic crisis related to the recent drop in oil prices. In view of the limits of the economic model adopted in recent decades, the Government has made the diversification of the economy its priority.

Angola can rely on extensive natural resources: it was Africa’s leading oil producer in 2016 and 2017, it has considerable reserves of diamonds and other mineral resources, while the country’s surface is covered by one of the most extensive water networks in the region. In addition, it has a considerable and predominantly young human capital. With some 1,800 km of coastline, located at the junction between Southern Africa and Central Africa, Angola has the geographical potential to become a major economic and commercial platform for the region. It is a member of SADC and ECCAS and is actively involved in restoring peace to the Great Lakes region. It is thereby asserting its regional role and is taking steps to develop the regional interconnection of its infrastructure networks.

With some 25.8 million inhabitants, 63% of whom are urban dwellers, Angola is the seventh most populous country in Africa. There are high levels of inequality in the country, despite the fact that it has the status of middle-income country (MIC) and the third largest GDP per capita in Sub-Saharan Africa. Poverty remains pervasive and 28% of the population was living under the international poverty line of USD 1.90 a day in 2014. Life expectancy stands at 52.3 years, one child in 6 does not go to school and the World Bank estimates that over half of the population suffers from periodic malnutrition. 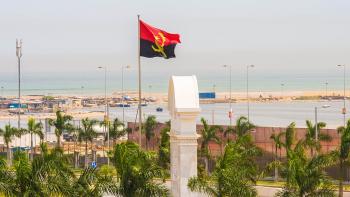 AFD and Agriculture in Angola 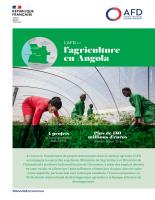 Angola's agricultural potential is considered to be the greatest in Southern Africa, thanks to consid 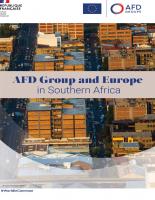 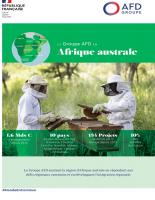 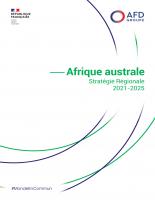 Angola: a vital but constrained transformation of the economic model in the run-up to the 2022 elections ? 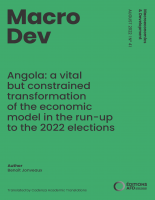 The country is therefore approaching the general elections of August 24, 2022 in a changing economic 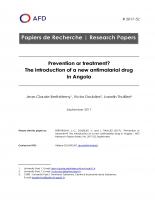 In spite of massive efforts to generalize efficient prevention, such as insecticide-treated mosquito...
Find out more
Research document

The current development of African education systems focuses on the perspective of universal complet...
Find out more
Research document 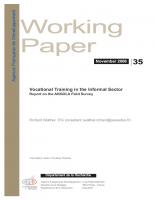 This report is part of a study carried out by the AFD Research Department on vocational training in ...
Find out more
Voir toutes les ressources