How AFD is Stepping up its Action on Gender Issues

Legacy Girls College in Akuse, Ghana, provides quality education to over 400 schoolgirls | © Wilfried Antoine Desveaux for Proparco
AFD’s 2019-2020 report on gender equality reveals a variety of activities aimed at empowering women – from anti-violence initiatives to preparation for gainful employment. In the approach to the publication of the English-language version, we examine our engagements and the growing momentum for gender equality.

A feminist institution: this is the role AFD has adopted on the issue of gender equality. Gender, women’s rights and their empowerment, which are part of the Sustainable Development Goals of the United Nations, are now among its key priorities. This can be seen with the release in mid-June of AFD’s 2019-2020 activity report on gender equality.

This report shows that over the past two years, AFD Group has exceeded the objectives of France's international strategy for gender equality. While the initial objective for 2019 was to make sure at least 35% of funded projects had a significant or main objective of reducing gender inequality, our actual performance for that year reached 48.5%. In 2020, this proportion rose to 67.1% of projects, whereas the initial objective was 40%.

The financial commitments for these projects with gender components amounted to €4.8 billion in 2019 and €5.8 billion in 2020, mainly in the form of grants and loans. These financing operations have many objectives: increase access to essential services for women, promote their civil, political, economic and social rights, and foster parity and women’s leadership in the economy.

All the projects and programs financed by AFD in foreign countries in 2019 and 2020 have been subject to an analysis and rating according to the OECD DAC marker: DAC 1 for projects for which gender equality is a significant objective and DAC 2 for projects where it is the main objective.

DAC 2 projects focus on the sectors of agriculture, rural development and biodiversity, governance, access to financing and the economic empowerment of women. In terms of health and social protection, these projects focus on themes such as sexual and reproductive health and rights, the fight against gender-based violence and strengthening neonatal health systems.

Commitments with the promotion of gender equality as the main objective

In 2019 and 2020 DAC 2 projects mainly concerned Africa, then Latin America, alongside AFD’s responses to the crisis related to the Covid-19 pandemic.

In the Central African Republic, AFD has supported the Pierre Fabre Foundation, the Panzi Foundation DRC and the Dr. Denis Mukwege Foundation with a €4.2 million grant to set up a treatment center for victims of gender-based violence in the capital Bangui. In Mauritania, €10 million have been allocated to a project to increase access to agricultural land for women and facilitate crop irrigation. The objective is to improve food security in areas vulnerable to climate hazards.

In terms of sexual and reproductive health and rights, AFD Group financed 86 projects between 2016 and 2020, for a total amount of €199 million. This included €53 million allocated to 49 French civil society organizations and their local partners via the CSO Initiatives mechanism. In terms of impact, 329 women have, for example, benefited from clinical and psychological treatment for cases of gender-based violence in two regions in Chad, and over 4,000 have benefited from cervical cancer screening in Burkina Faso.

Building on political and proactive support for equality, AFD has implemented several actions to give weight to the Generation Equality Forum, the largest international meeting for gender equality since the 4th World Conference on Women in Beijing in 1995.

A strategic initiative: the coalition of development banks

In November 2020, the Finance in Common Summit gathered 450 international Public Development Banks. They formed a coalition determined to take action for the planet and people. Twenty-six of them signed a joint statement on gender equality and women’s empowerment. In addition, in the context of the Generation Equality Forum, AFD and UN Women have launched several working groups with 50 development banks on financing equality, good practices and accountability.

Launched in July 2020, the Support Fund for Feminist Organizations (FSOF) aims to support feminist civil society organizations in partner countries of France’s international development policy. Jointly managed by the Ministry for Europe and Foreign Affairs and AFD, this fund is mobilizing €120 million for a three-year period (2020, 2021, 2022) to finance the activities of feminist movements in partner countries working for gender equality and the rights of women and girls.

A €5 million budget (10% of the total budget of €50 million) from the Project Start-up, Preparation and Monitoring facility (FAPS) has targeted the theme of gender equality. The objective: finance operational studies for pre-identified projects devoted to gender equality (DAC 2 marker). This facility will also finance studies for the preparation of sectoral projects that also take the gender analysis into account. 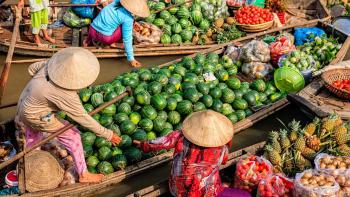