© Dirk Guinan (CC BY 2.0)
The French Agency for Development (AFD) has received 4 million euros from the European Commission’s Directorate-General for International Cooperation and Development (DEVCO). This funding is being used to implement and coordinate a research facility over a three-year period (2017-2020) that aims to finance 22 research projects on inequalities in developing and emerging countries. The research projects will be implemented by donors and research centers from the North and the South.
Read the booklet

Financed by the Development Cooperation Instrument of the European Union

The objective of the research facility is to enhance the knowledge and understanding of economic and social inequalities, their drivers and underlying factors at different spatial levels, as well as the most effective policies and approaches to reduce them.

This action also aims to initiate a common reflection among Member States on ways to strengthen the contribution of EU development cooperation to the fight against inequalities, in the framework of the implementation of the 2030 Agenda, and contribute to the EU development policy overarching objective of poverty eradication.

The main actions carried out by this Facility are: 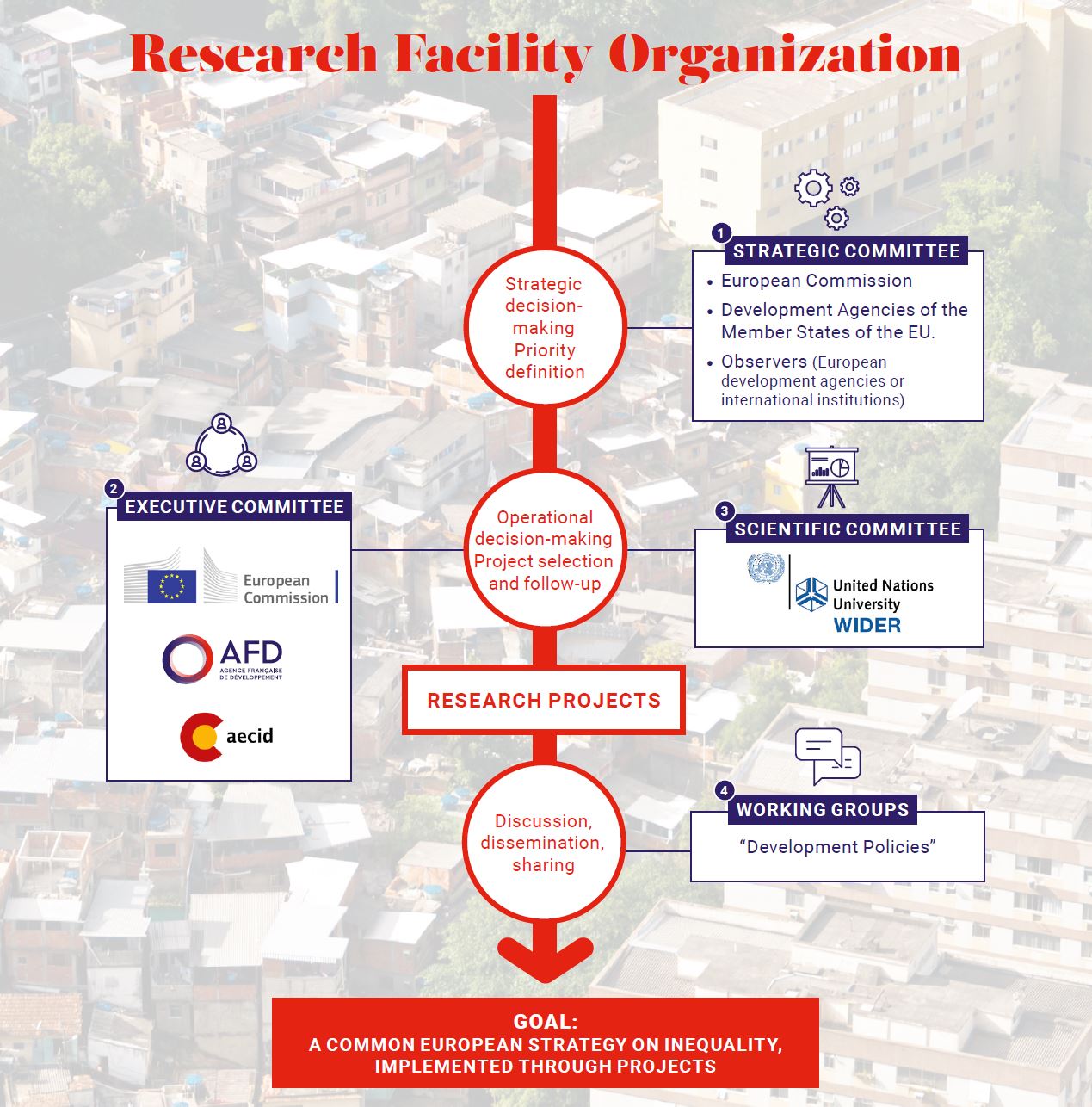 The AFD-EU research facility is organized around four committees:

The EU-AFD Research Facility aims to better understand how inequalities are created and their consequences in order to improve public decision making. Each project will produce research papers and policy briefs which will be used to translate the research results into evidence based public policies.

the most recent publications:

Provisional calendar. Dates may be rescheduled.

2020
June
Conference “Role of taxation in the fight against inequalities”

The conference "Inequalities and Social Cohesion" had the goal to make practitioners and researchers discuss about the issues surrounding inequalities and their consequences for social cohesion.

The conference took place in Paris over two days. The first one, Thursday, December 6th, was an academic day with parallel sessions, at AFD. The second one, December 7th, was dedicated to high-level plenary debates open to a wide public and it was held at the Institut du Monde Arabe.

AFD international conference: There is nothing inevitable about inequalities